Review: Child of the River by Irma Joubert 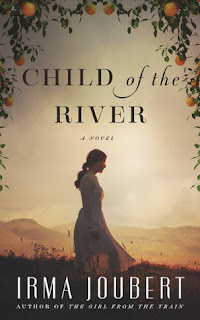 Child of the River by Irma Joubert

Persomi’s dreams are much bigger than the world of poverty and deprivation that surround her in the Bushveld of the 1940s and 1950s in South Africa.
Persomi is young, white and poor, born the middle child of illiterate sharecroppers on the prosperous Fourie farm. Persomi’s world is extraordinarily small. She has never been to the local village and spends her days absorbed in the rhythms of the natural world around her. Her older brother, Gerbrand, is her lifeline and her connection to the outside world. When he leaves the farm to seek work in Johannesburg, Persomi’s isolated world is blown wide open. But as her very small world falls apart, bigger dreams become open to her—dreams of an education, a profession, and of love. As Persomi navigates the changing world around her—the tragedies of WWII and the devastating racial strife of her homeland—she finally discovers who she truly is and where she belongs.A compelling coming of age story with an unlikely and utterly memorable heroine, Persomi’s English language publication solidifies Irma Joubert’s important place in the canon of inspirational historical fiction.

You know you've finished a good book when you come the end and your first thought is "but I don't want it to end!" That was me reading Child of the River. This was a really compelling read, rich in history and character development.

For those of you who aren't really readers of Christian Fiction, don't let those reservations keep you from reading this book, because this is the best kind of Christian Fiction. No sermons here. Rather than hitting us over the head with her message, the author lets her faith naturally seep into her writing, but you will notice themes of justice and doing what is right throughout this novel.

The writing was a little choppy in the beginning, but it started to flow better and become easier to read a few chapters in. Just like the protagonist, Persomi, this story really came into itself as Persomi grew older. The many characters were confusing in the beginning, and I felt a little detached from Persomi and the rest, but by the end it was the characters I most appreciated.

Persomi's growth as a character was amazing, and her story was never uninteresting. Her growth from a poor bywoner's daughter to a successful lawyer was something to see. I love a story that makes me really feel things, and this book had me smiling and worried and excited and confused. There were some slow parts, however, and those who are interested in a fast paced novel with lots of action should probably look elsewhere.

I loved the setting of South Africa during World War II, but I did feel like some elements of the setting and story could have been better explained. As I'm not familiar with this part of history in South Africa, it took me awhile to understand everything that was going on.

This book was translated from the author's native Afrikaans, which may have been why the writing felt just little "off" sometimes. That, and I read an ARC. But overall, it was very well written.

I love coming of age stories, especially ones that continue into the character's adulthood. This book shouldn't have surprised me so much, but it did. I highly recommend it.

Content: This book deals with prejudice and racism. It is absolutely clean.

**I received a copy of the book from the publisher, via Netgalley, in exchange for my honest review.


View all my reviews / Amazon
Posted by TheScribblingSprite at 7:30 AM